[Abstract] V800 only supports GoPro Hero4 Black and Hero4 Silver after upgrading to the latest version, and will soon support the latest Hero5 Series flagship products 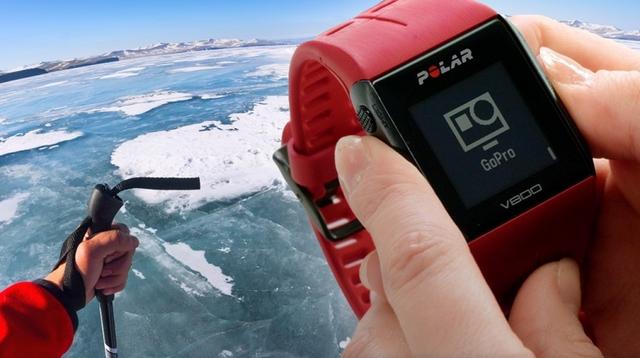 After successful pairing, the V800 can start or customize the shooting with the button of the sports watch. At the same time, it can also perform HiLights tag remarks and take pictures. At the same time, Polar brought H10 heart rate to CES at the beginning of this year. It can now also connect to GoPro cameras. It can display real-time heart rate and training data on video.

This function is very useful for athletes who like to take extreme sports shots on the ski slopes, or visitors who travel around with the V800 and GoPro.

Currently, the V800 only supports GoPro Hero4 Black and Hero4 Silver after upgrading to the latest version, while Polar said it will soon support the latest Hero5 series flagship products in the future. More importantly, the future is not only the V800. The Polar M600 with a slightly lower position can also achieve the same function by upgrading the system.

Polar's upgrade is actually from GoPro's developer program, which is designed to allow more third-party products to become GoPro's hardware, software and accessories. Polar has become the first partner of the GoPro Developer Program.

GoPro has previously confirmed that it will launch the next-generation Hero6 motion video camera in 2017, while the companyâ€™s Karman drone will be re-sold. After a few months of financial crisis, we believe GoPro will regain the right track of development in 2017.