Transformed laptop / tablet will become a new battlefield for PC chip vendors. The thin and light, power-saving tablet devices continue to compress the growth of notebook shipments, which has led the PC camp to shift to the development of anamorphic notebook / tablet designs compatible with computing and mobile experience to open up new application markets; in response to this design demand, PC chips one and two Brother Intel (Intel) and AMD (AMD) have successively launched low-power system-on-a-chip (SoC) at this year's International Consumer Electronics Show (CES), striving for market share.

Jiang Fangyun, senior research manager of personal computer / computer peripherals at IDC, said that the recent growth rate of traditional notebook shipments has been declining, and there is even a dangerous indicator of negative growth in 2012. Therefore, even if this year's economy recovers slightly, it is estimated The growth rate of laptops is only 2 to 3%. In comparison, the shipment growth rate of tablet devices has reached more than 40% in recent years. This year Apple (Apple), Samsung (Samsung), Google, Amazon.com (Amazon.com) and a number of PC brand factories will continue to introduce new products. , Let the overall shipment figures look at 166 million units, an increase of 42% over last year. 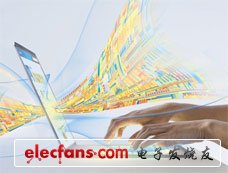 In response to market changes, PC chip makers and brand makers are actively transforming to rush into the more futuristic tablet field. However, Jiang Fangyun emphasized that at present, the tablet market is still the only one in Apple. Therefore, first-line PC factories including Asus, Lenovo and Sony have offered differentiated strategies, with a larger screen size and matching plug-in Type, sliding cover or reversible keyboard transformable laptop / tablet to attract consumers. Optimistic about the new design requirements, Intel and Supermicro are also racing to release dedicated low-power chips to compete for business opportunities.

Among them, Intel has launched the first 22-nanometer (nm) quad-core flat-panel SoC at this year's CES exhibition-Bay Trail, which has more than double the efficiency of the previous generation and significantly reduces power consumption, which can achieve 8 millimeters (mm) The ultra-thin body will be available on the Christmas holidays in 2013. In addition, the company also locked in a thinner, longer battery life, and with the deformation of the ultra-thin notebook with a touch screen (Ultrabook), released the fourth-generation Core (Core) with a power consumption of only 7 watts (W) and excellent heat dissipation. ) The processor shows that its research and development focus no longer focuses on traditional notebooks.

At the same time, Supermicro also introduced two multi-core accelerated processors (APUs) at CES, namely the ultra-low-power Windows 8 anamorphic notebook code-named Temash, a tablet-specific chip, and the high-efficiency applied in Ultra-thin notebook Energy-efficient, low-power Kabini processor. Lisa Su, senior vice president and general manager of the product business group of Supermicro said that both products are expected to be shipped in the first half of 2013. Under the more balanced performance of chip performance and power consumption, Supermicro will be a highly growing deformation pen The electricity / tablet market increases penetration.

As for the second half of 2013, Supermicro will further launch the APU, code-named Kaveri; the chip is expected to use a 28-nanometer (nm) process, and is equipped with revolutionary heterogeneous system architecture (HSA) technology to comprehensively improve footprint and power consumption Volume and internal core collaborative operation efficiency, thereby enhancing the competitiveness of Supermicro in the mobile and computing equipment market.

Jiang Fangyun believes that although there is still a certain demand for traditional laptops, the PC factory has apparently turned the mobile pen TV with the mobile experience into a profitable ace. It is estimated that this year it will account for 8% of the total shipments and increase the proportion year by year to establish new products. Type. At the same time, related companies will continue to increase the strength of tablet development to reduce the impact of shrinking notebook shipments on revenue; at this stage, Intel and Supermicro are working hard to develop processors below 4 watts, which will be closer to ARM-based The low-power technology gap of the chip camp has reversed the disadvantages of the mobile market.


MC PCB means metal core printed circuit boards. why use metal,not FR4/CEM-1 or others? All is to get high thermal conductivity. The most MC PCB is Aluminum PCB, Aluminum has good heat transfer and dissipation ability, but also cheaper than copper based PCB.Many customers asked a quote for MC PCB but without the thermal requirements.If you know the thermal conductivity is the most most important thing for MC PCB,then

you will know why the price is so difference. Normal thermal is from 0.8-2.00 W/m.k,and higher can up to 8.0 W/m.k,even more if you need ,but ,are you sure ? When we quote to you ,we have to ask you the thermal conductivity,it is not only about cost but your product.Many factories used low thermal ,can you use the boards?

Thermal Conductive Board (TCB), or Insulated Metal Substrate (IMS), provides the advantages of high thermal conductivity, reliability and solder heat endurance. The TCB substrate is a sandwich structure, which includes layers of conductor, insulator and metal base.Traditionally, this insulator is made of epoxy, epoxy filled glass fiber, polyimide, or other dielectric materials. However, these kinds of insulators could not meet the requirement in high-power electronic devices. The heat generated by these devices will accumulate, and
the life time and reliability of the end product will decrease.
Visit bergquist to get more information about high thermal.
PTTC (Polytronics) is another top quality but much cheaper than Bergquist in the word ,it is made in TaiWan .visit PTTC.