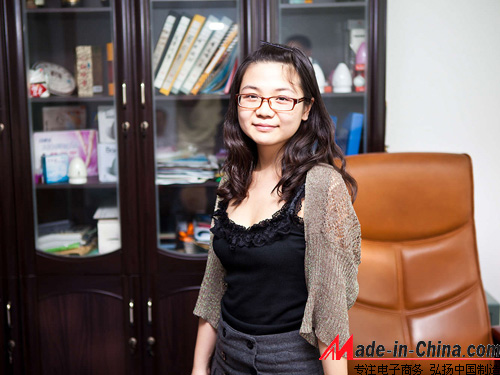 Guangzhou Huahong Industrial Development Co., Ltd. was established in 1995. It is an industrial company approved by the State to manufacture and sell home appliances and electronic gifts. So far the company has changed from a simple and pure production and sales enterprise into an industrial company that integrates R&D, design, production, manufacturing and sales of home appliances and electronic gifts.

International Settlement difference in treatment <br> <br> from the current situation, the impact of the 2008 economic crisis that has brought the company has been minimal, the company's production and trade have been back on track, although still will Because of the seasonal changes that affect exports, this situation has become the norm in this industry. Chen Yuanting is not worried about this.

Now, the thing that most concerns Chen Yuanting should be the continuous appreciation of the renminbi. She believes that "the appreciation of the renminbi has some impact on us, but the impact may be much smaller than those of big companies." However, during the export process, the fluctuation of the exchange rate will still cause some trouble to the export. Chen Yuanting said that the size of the trouble is determined by the market.

â€œFor example, for the euro area, we all settled in euros, mainly because the euro fell more against the renminbi in the previous two years. Now that the euro is rising steadily, the use of euro settlement in this case is still a comparison for us. For example, in some countries and regions in Southeast Asia, we also tend to use RMB settlement as much as possible."

For those countries and regions that use U.S. dollar settlement, "the most common way is to lock the exchange rate in a relatively low position, so as to leave a relatively large space for themselves."

Market demand is also changing <br> <br> According to Chen Yuan Ting introduction, the main customers in Guangzhou Huahong Industry Development Co., Ltd. are concentrated in some developed countries and regions such Japan, Europe and America. But also in developed regions, their needs are completely different, and it can even be said that there are diametrically opposite situations.

She told reporters that Japan is generally pursuing high-tech high-tech products. Even in their opinion, as long as it is in line with their aesthetics, even practical use is almost acceptable. The United States and Japan, on the other hand, do not need fancy things. They want simple products and have very useful functions. "Different markets have different needs for different products."

This is actually not the main issue of product exports. â€œWe also have the problem of not being able to sell our products in some countries, but this has nothing to do with trade barriers or the policies of these countries. For example, if there is a vacuum cleaner, we cannot sell it in the United States because a company in the United States has The product has already applied for a patent, but this situation is rare, most of our products, especially the main products will not encounter this kind of situation."

R & D can not work behind closed doors <br> <br> Because of this difference, Guangzhou Huahong Industry Development Co., Ltd. special focus on their own product development. Their R & D also follows the market's footsteps.

Keeping up with the market means that you cannot build your car behind closed doors. Chen Yuanting said: "After we have developed a new product, we will bring some samples to different old customers, let them come to 'decide' the right features and prices, and then we come back to follow their opinions, according to different regions. , to further improve the product."

In the company, Guo Wenxuan, the boss of technology, is the leader of the R&D team. Despite its modest size, this attitude highlights their tireless pursuit of product design, R&D, and other aspects. Chen Yuan Ting told reporters, "In fact, the launch of a new product is not just the work of R&D personnel. Our other departments will make recommendations on products from their own professions. Some are about market feedback, and some are about customer psychology."