As a new star in the semiconductor lighting (LED) industry, Jiangmen, the first hometown of overseas Chinese, plans to build an international LED trading center.

According to Chen Jialin, deputy mayor of Jiangmen City, the average annual growth rate of Jiangmen LED industry has exceeded 30% in the past three years. Jiangmen has more than 100 LED companies and more than 1,000 affiliated companies. The epitaxial chips have independent core technologies that are close to the international advanced level and are in a leading position in China. In Taiwan-Guangdong Zhouzhong, Jiangmen LED manufacturers signed a total investment agreement of over 20 billion yuan with Taiwanese customers.

Jiangmen clearly plans to build a 6000-acre LED industry core park in the city's high-tech zone. In addition to other parks, the total area of â€‹â€‹LED industry planning and development exceeds 10,000 mu. It is estimated that by 2015, the city's LED industry will reach a production value of 100 billion yuan, and it will exceed 300 billion yuan in 2020.

"Developing LED, no talent is not enough." Chen Jialin said that Jiangmen launched a "10 million" talent training program. With Wuyi University as the mainstay, combined with provincial and overseas universities and Jiangmen LED enterprises, we will cultivate talents in a targeted manner, and strive to train 10 doctors, 100 masters, 1,000 undergraduates and 10,000 blue-collar workers in the optoelectronic industry every year. "In the future, we will have an introduction policy specifically for LED talents."

Cable Tray brackets are used to hold the cable tray and settle them in the position.Our brackets are made by the similar design which is wildly used in Japan and Euro products. It has the advantages of simple structures,little weights and strong strength; can fit the needs of different environments.

All the sizes and materials can be produced in our factory,always the most professional. 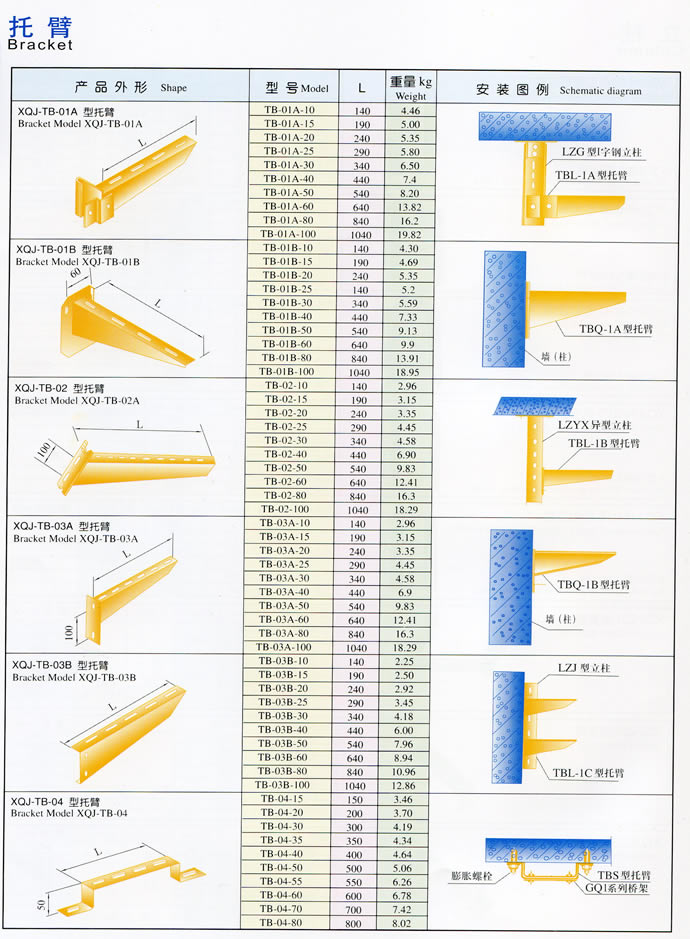