The choice of LED packaging methods, materials, structures, and processes is primarily determined by factors such as chip structure, optoelectronic/mechanical characteristics, specific applications, and cost. After more than 40 years of development, LED packaging has experienced the development stages of stent (Lamp LED), SMD (SMD LED), and power LED (Power LED). With the increase of chip power, especially the development of solid-state lighting technology, new and higher requirements are put forward for the optical, thermal, electrical and mechanical structures of LED packages. In order to effectively reduce the thermal resistance of the package and improve the light extraction efficiency, a new technical idea must be adopted for the package design.

High-power LED packages are mainly related to light, heat, electricity, structure and process. These factors are independent of each other and affect each other. Among them, light is the purpose of LED packaging, heat is the key, electricity, structure and process are the means, and performance is the concrete embodiment of the packaging level. In terms of process compatibility and lower production costs, the LED package design should be carried out simultaneously with the chip design, that is, the package design and process should be considered in the chip design. Otherwise, after the chip is manufactured, the chip structure may be adjusted due to the needs of the package, thereby prolonging the product development cycle and process cost, sometimes even impossible.

For the existing LED light effect level, since about 80% of the input power is converted into heat, and the LED chip area is small, the chip heat dissipation is a key problem that the LED package must solve. It mainly includes chip layout, packaging material selection (substrate material, thermal interface material) and process, heat sink design and so on.

LED package thermal resistance mainly includes internal thermal resistance and interface thermal resistance of materials (heat dissipation substrate and heat sink structure). The function of the heat dissipation substrate is to absorb the heat generated by the chip and conduct it to the heat sink to achieve heat exchange with the outside world. Commonly used heat sink materials include silicon, metals (such as aluminum, copper), ceramics (such as Al2O3, AlN, SiC) and composite materials. For example, Nichia's third-generation LED uses CuW as the substrate, and the 1mm chip is flip-chip mounted on the CuW substrate, which reduces the thermal resistance of the package and improves the luminous power and efficiency. Lamina Ceramics has developed a low-temperature co-fired ceramic metal substrate. And developed the corresponding LED packaging technology. The technique first prepares a high-power LED chip suitable for eutectic soldering and a corresponding ceramic substrate, and then directly solders the LED chip to the substrate. Since the eutectic solder layer, the electrostatic protection circuit, the driving circuit and the control compensation circuit are integrated on the substrate, the structure is simple, and the thermal conductivity of the material is high, the thermal interface is small, and the heat dissipation performance is greatly improved, and the high-power LED array package is provided. Proposed a solution.

In the process of using LED, the loss of photon generated by radiation recombination mainly includes three aspects: internal structural defects of the chip and absorption of materials; reflection loss of photons at the exit interface due to refractive index difference; The total reflection loss caused by the incident angle being greater than the critical angle of total reflection. Therefore, a lot of light cannot be emitted from the chip to the outside. By coating a surface of the chip with a relatively high refractive index transparent layer (potting glue), since the glue layer is between the chip and the air, the loss of photons at the interface is effectively reduced, and the light extraction efficiency is improved. In addition, the potting function also includes mechanical protection of the chip, stress release, and as a light guide structure. Therefore, it is required to have high light transmittance, high refractive index, good thermal stability, good fluidity, and easy spraying. In order to improve the reliability of the LED package, the potting compound is also required to have low hygroscopicity, low stress, and aging resistance. Currently used potting compounds include epoxy resin and silica gel. Because of its high light transmittance, large refractive index, good thermal stability, low stress and low hygroscopicity, silica gel is superior to epoxy resin and is widely used in high-power LED packaging, but the cost is high. Studies have shown that increasing the refractive index of silica gel can effectively reduce the photon loss caused by the physical barrier of refractive index and improve the external quantum efficiency, but the performance of silica gel is greatly affected by the ambient temperature. As the temperature increases, the thermal stress inside the silica gel increases, causing the refractive index of the silica gel to decrease, thereby affecting the LED light efficiency and light intensity distribution.

The role of the phosphor is to combine light and color to form white light. Its characteristics mainly include particle size, shape, luminous efficiency, conversion efficiency, stability (heat and chemistry), etc., among which luminous efficiency and conversion efficiency are key. Studies have shown that as the temperature rises, the quantum efficiency of the phosphor decreases, the light emission decreases, and the radiation wavelength also changes, which causes the color temperature and chromaticity of the white LED to change, and the higher temperature accelerates the aging of the phosphor. The reason is that the phosphor coating is prepared by epoxy or silica gel and phosphor, and the heat dissipation performance is poor. When subjected to ultraviolet light or ultraviolet light, temperature quenching and aging are liable to occur, and the luminous efficiency is lowered. In addition, the thermal stability of potting and phosphors at high temperatures is also problematic. Since the common phosphor size is above 1 um, the refractive index is greater than or equal to 1.85, and the refractive index of the silica gel is generally about 1.5. Due to the mismatch in refractive index between the two, and the phosphor particle size is much larger than the light scattering limit (30 nm), light scattering exists on the surface of the phosphor particles, which reduces the light extraction efficiency. By incorporating nano-phosphor in silica gel, the refractive index can be increased to above 1.8, the light scattering can be reduced, the LED light-emitting efficiency can be improved (10%-20%), and the light color quality can be effectively improved.

We can also make the empty 3d spools under OEM requirement. 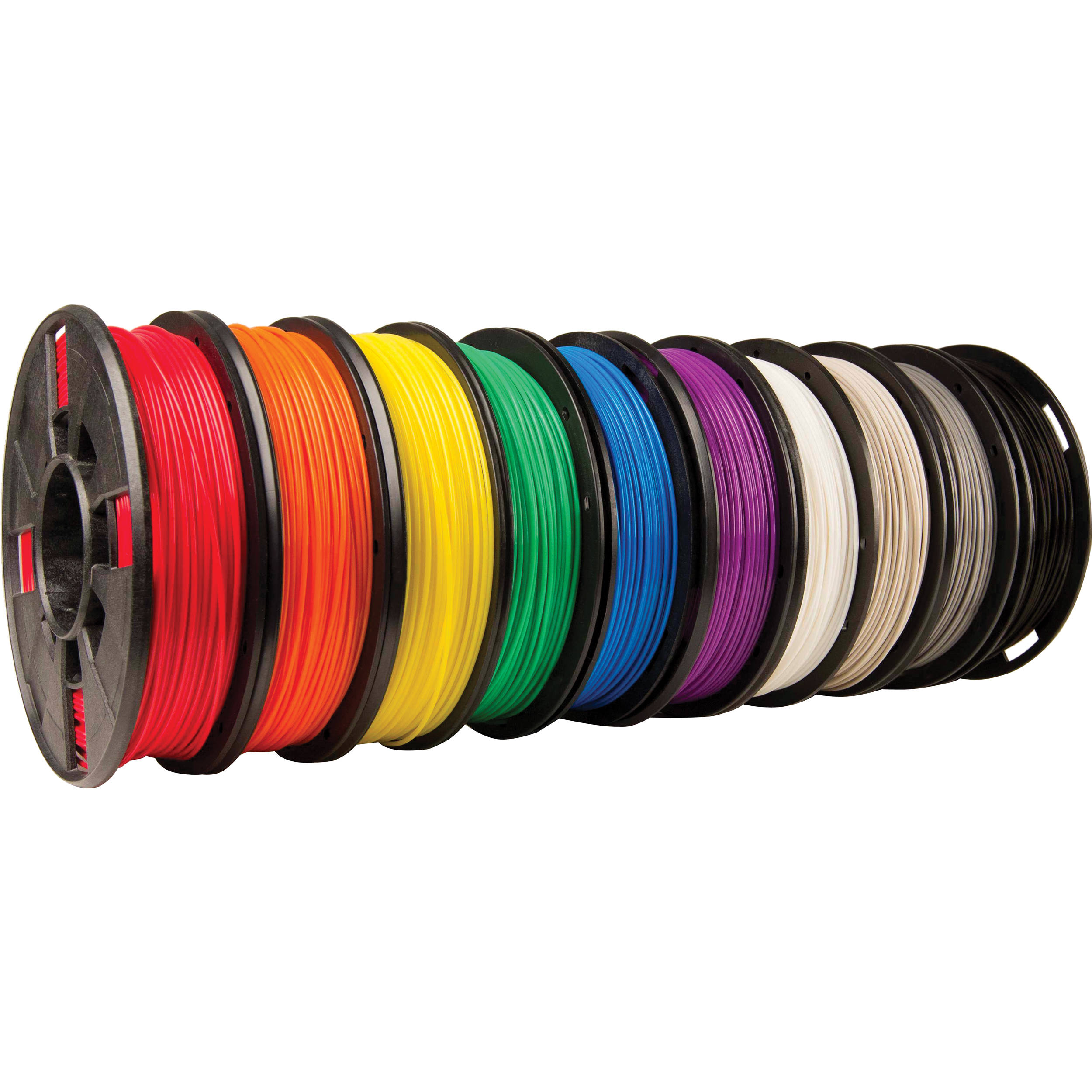