Regarding the CPU, we are using the more fashionable CPU Intel Core i3 530, which is also a very popular computer CPU series. Core i3 530 processor is the low-end model of the Core i3 series, dual-core design, clocked at 2.93GHz, FSB 133MHz, multiplier 22X, shared 4MB L3 cache, with Hyper-Threading, but removed Turbo Boost Features. The IGP part is a 45nm process DX10 specification display chip with a frequency of 733MHz. The processor uses the LGA1156 interface design and is compatible with P55 motherboards when not using integrated graphics. The processor TDP is 73W. 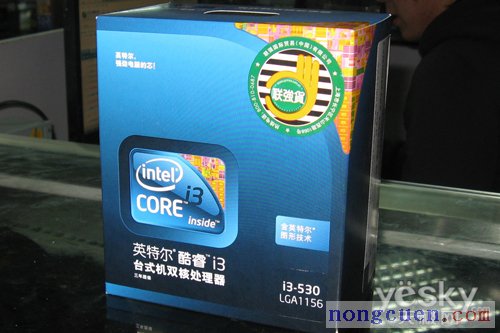 Intel Core i3 530 is not expensive as a 32nm process product, the price of 820 yuan can still be readily accepted. However, because of the need for a separate graphics card, it will waste the Core i3 530 GPU, which is somewhat worthwhile.